After retracing Pieter's footsteps in the sands of Araby, I'm back in town!
To begin with, I've decided to complete (once again :|) the militia of the guilds, by painting a last batch of spearmen. Since I haven't any Marauder Miniatures left, I've picked one Citadel F2 fighter: Enrico Boldlance. 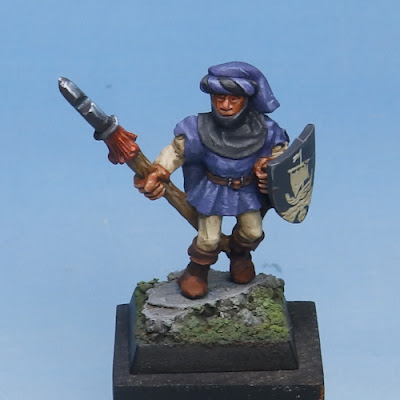 Given the coat of arms on the shield (inspired from a Cadwallon illustration by Gary Chalk), he's probably equiped by the Guild of the Rivermen, one of the minor guilds of Pfeildorf. 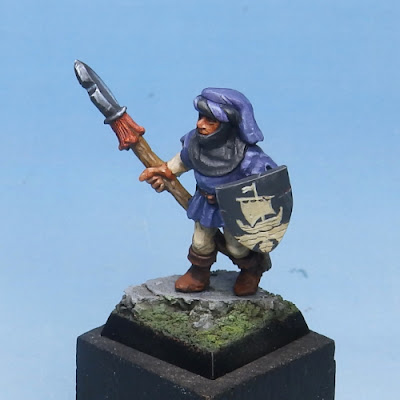 See you soon with SpearWoman !