Last post of the year, it's time to look at the work achieved in 2018.

My initial objective was to focus my efforts on the shooting units. It worked quite well in the first months, as I've been able to align a regiment of 10 crossbowmen and a regiment of 10 woodsmen armed with bows (and sometimes birds), each including one Marauder unreleased model.

After that, I got a little bit distracted, first with a musician (for the City Watch), then by trying to paint the first element of my baggage train. In the end, I was only able to paint the cooks and the waiters, as I'm still looking for a proper solution to attach the mule to the cart. And then, I got even more distracted by painting a Mordheim warband for an online contest... still I used it as an opportunity to prepare my third unit of shooters.


From October, I totally gave up my initial plans, and went for a new online contest - this time lasting one year - mainly focusing on elite troops for my imperial army. So far, I've been able to paint 10 Reiskguards (actually Söllsguards in the Sudenland context), and one cannon with its dwarf servant.


As you can see, a few standards are missing, I'll try to fix this next year (my prioriy being the Söllsguard). 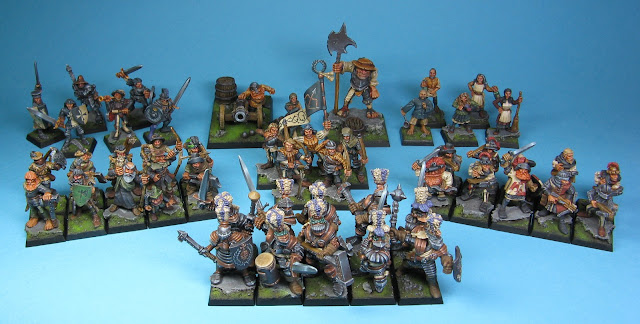 Now, considering the whole army, three years of painting give a decent force of around 130 models (some already useless and looking for a new role). 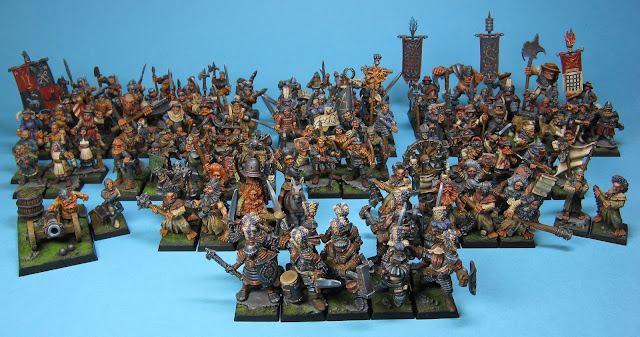 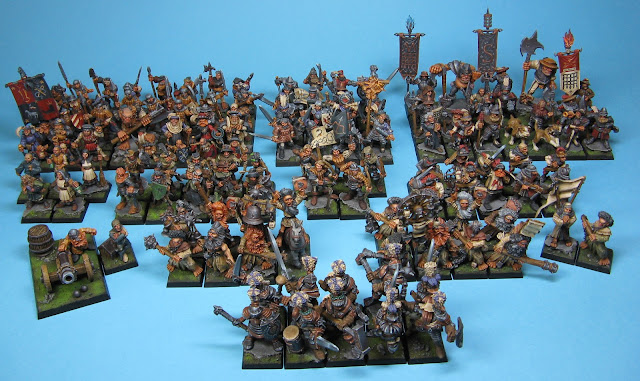 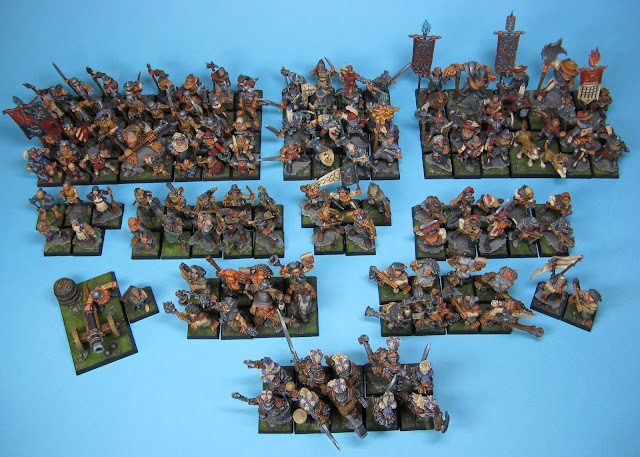 To be honest, I'm a little bit disappointed by these pictures: my Pfeildorfers look dull. I'll try to take new pictures as soon as I have a third lamp to light the scene. Hopefully, it will bring some improvement.


My plans for next year involve cavalry (using the MM66 mounted Reiksguards), warmachines, a few heroes, and "something big" (one of the sessions of the online contest), for which I haven't made up my mind yet. Could be the steamtank, a griffin or a more ambitious conversion. We'll see!

Well, that's it, I think I have at least one model of every single Marauder Miniature produced for the Empire. I try now to include one copy of each model in this army, which is quite a challenge for the MM62 Citizen range, and a pain for the MM61 Command Group, as their Renaissance style is not very well suited to the rest of the troops.

Ahem... No game at all with this army, but I still count the points according to the 3rd Edition Warhammer Armies Book (don't ask me why). 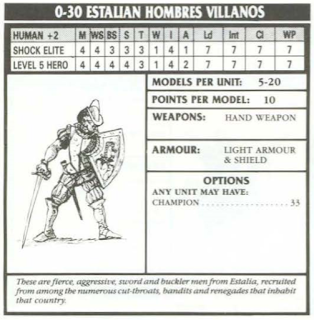 Small addition to the cannon of the previous post: a Marauder Miniatures dwarf, initially servant of the Dwarf Organ Gun MM12. 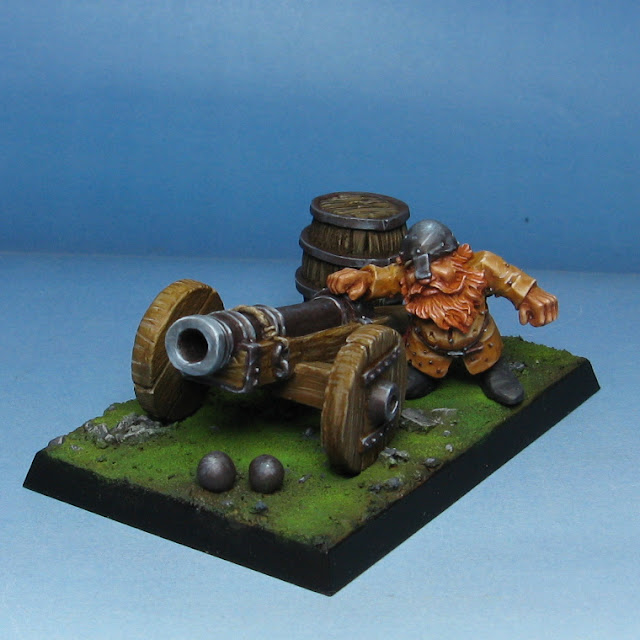 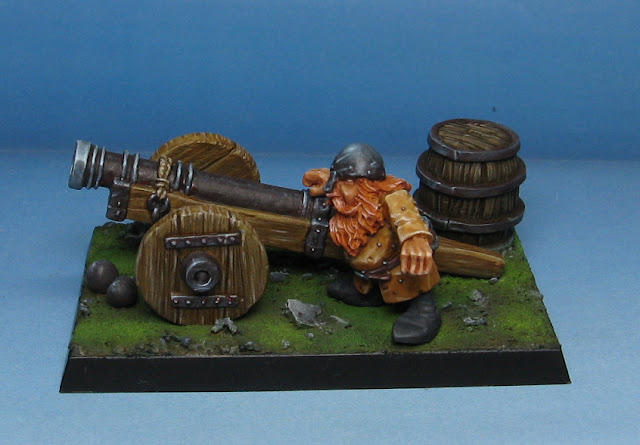 With the second crewmember, a MM62 citizen: 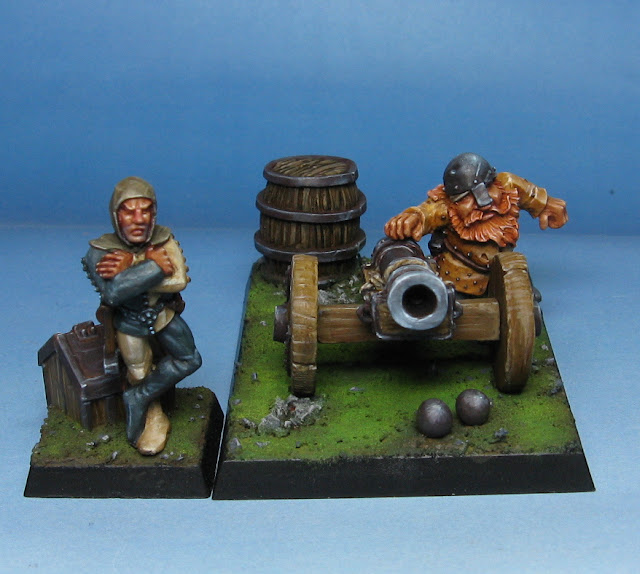 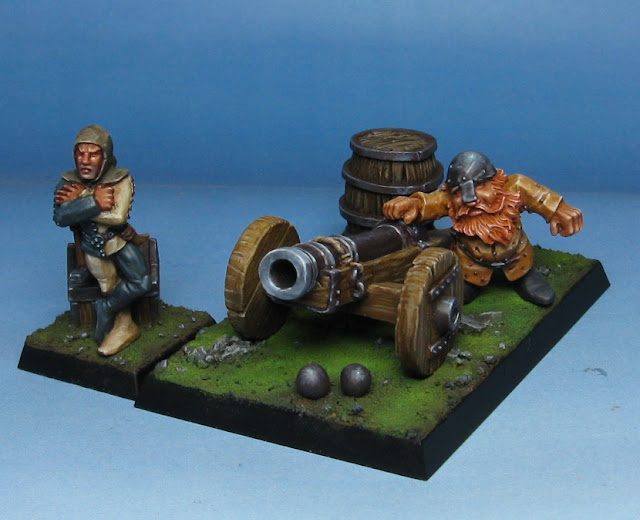 Actually a bretonnian one: 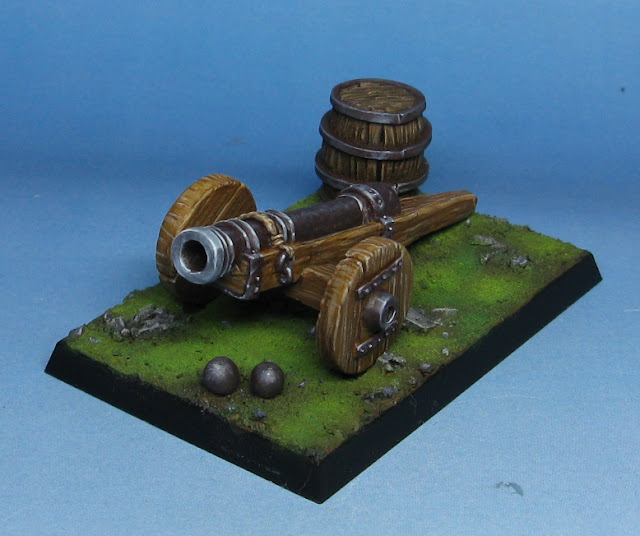 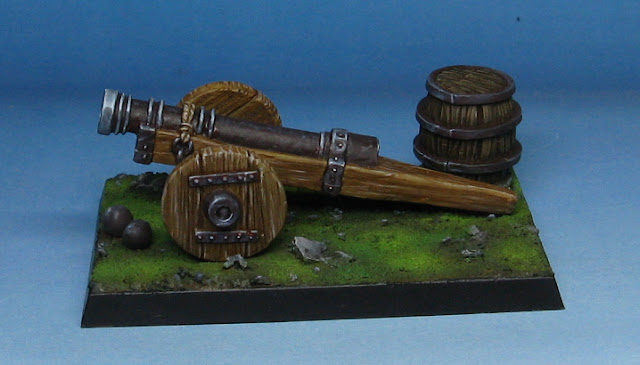 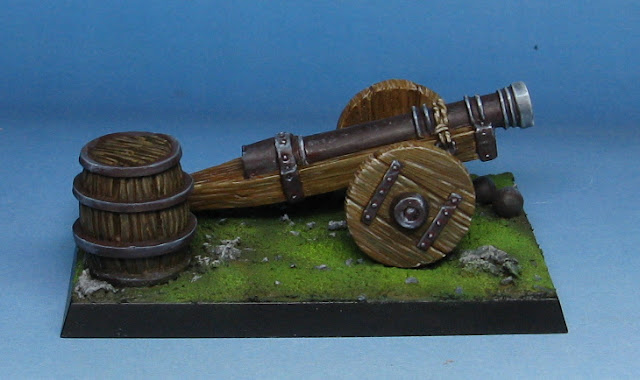 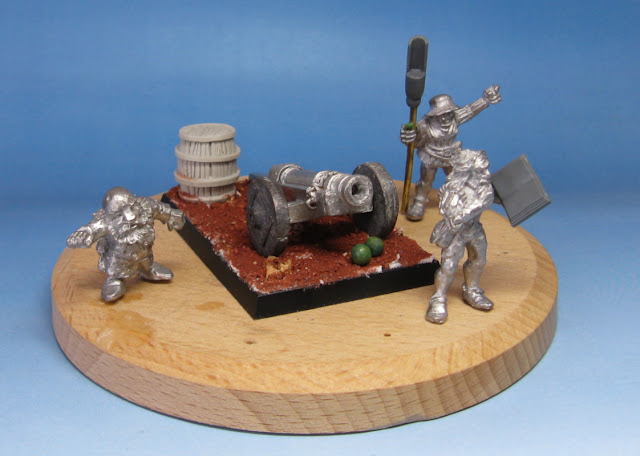 Well, the initial plan was to paint a standard bearer for the 10th miniature... and it failed. Instead, an MM60 Empire fighter painted in the same colors as the MM65 Reiksguard. 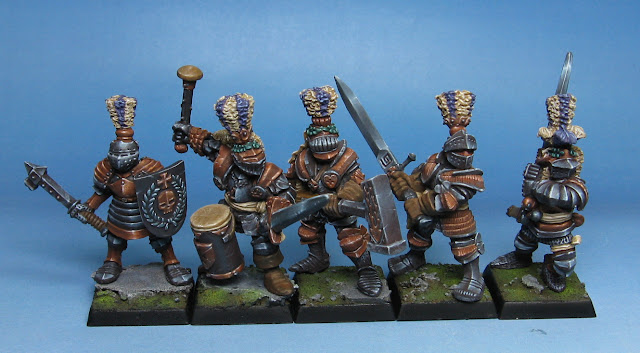 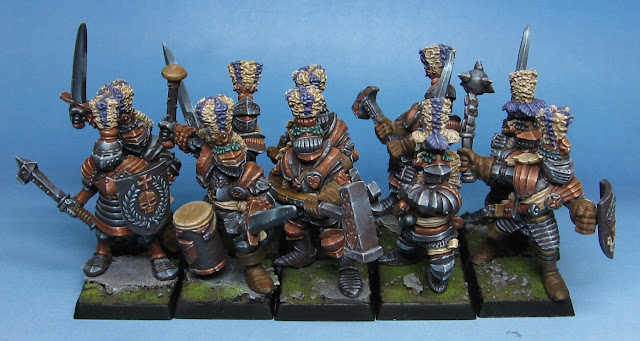 Next month, war machines.
Posted by Jaeckel at 1:43 PM 10 comments:

Another MM65, without any  modification this time. Still one guy to paint to complete the regiment.

With only five available models in the MM65 range, the possibilities to include a musician are quite limited: here, I have replaced the dagger in the left hand by the sword initially held in the right hand. The drum is a bretonnian bit from the old plastic Men At Arms box, and the mallet comes from the plastic sprue of the Chaos marauders. And that's it!

Same old MM65 model, this time with the halberd replaced by a hammer from the Empire general plastic sprue.