In MadAlfred's sourcebook on Pfeildorf, Baron Ulrich von Bernau is the commander of Pfeildorf's garrison. As I intend to paint one or two regiments of MM66 models, I've also made him Grand Master of the Söllsguard Knights to lead them to the battle.

The model is a mix of MM66 (horse and legs) and MB15 (torso) bits. As you can see, they do not fit perfectly, but once painted, I think it works (more or less). 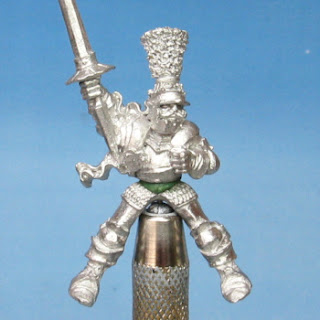 Regarding the painting, I have used on the baron the same colors as for the foot knights of the Söllsguard. As for the mount, I've tried a black-and-white caparison. Could have spent more time on it I believe, but I really wanted to finish it before the end of the month. 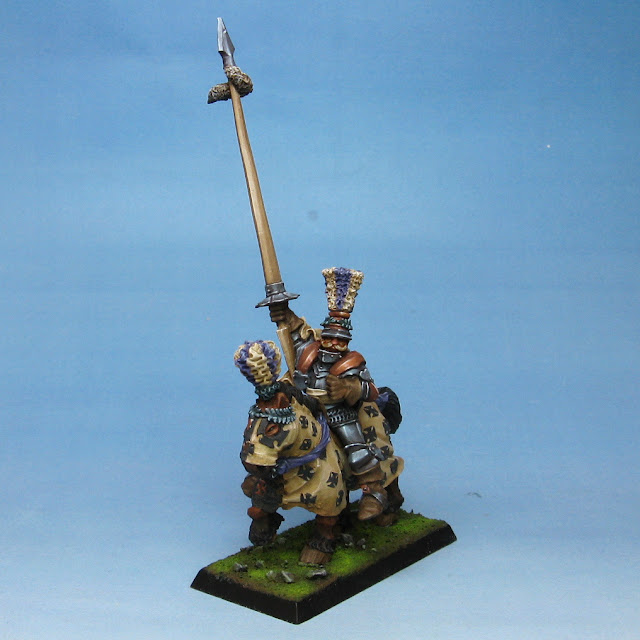 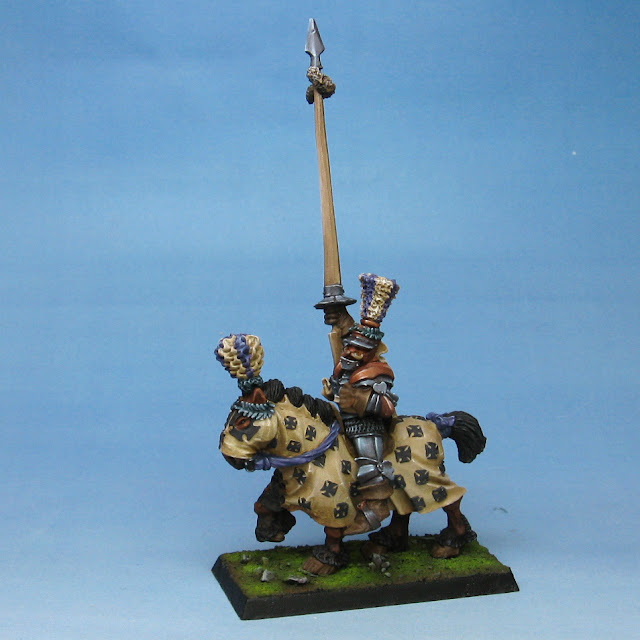 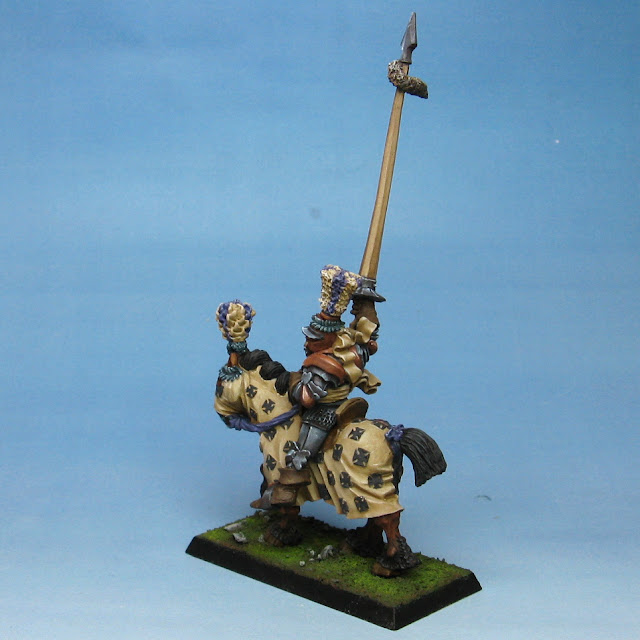 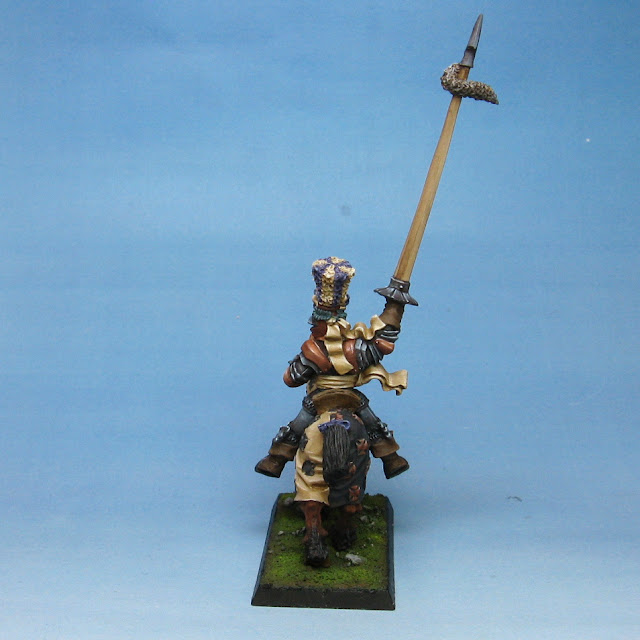 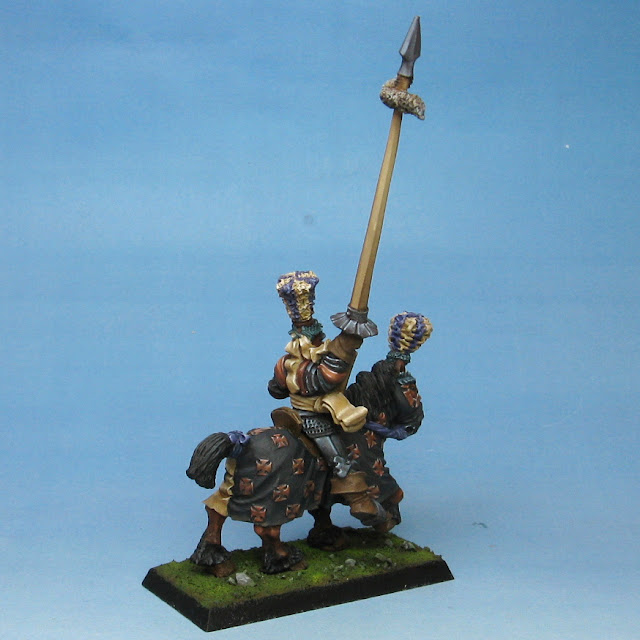 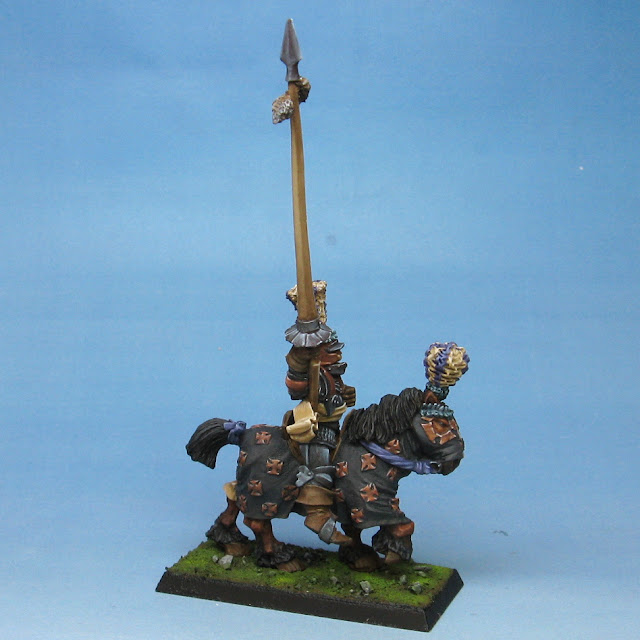 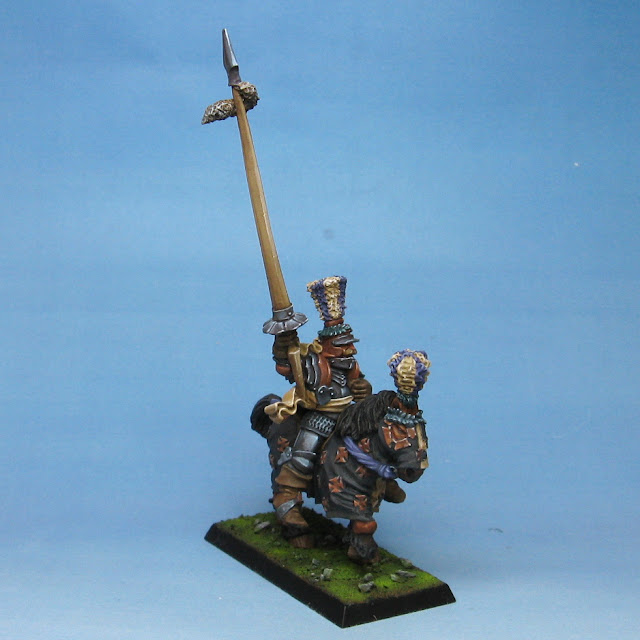 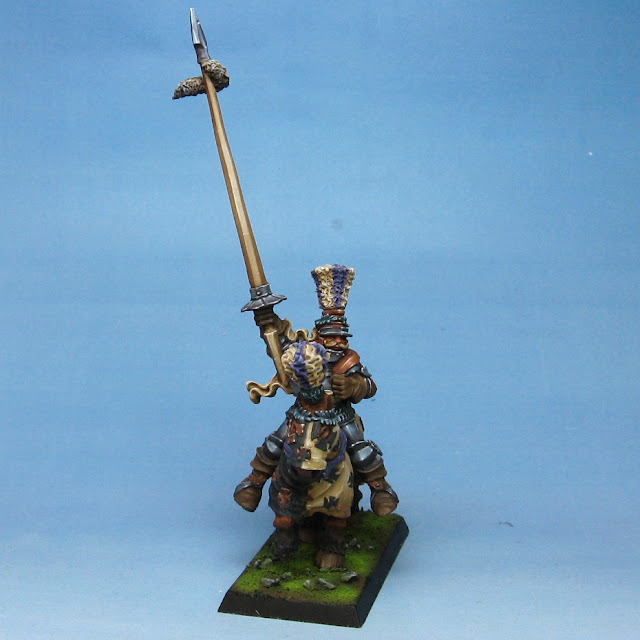 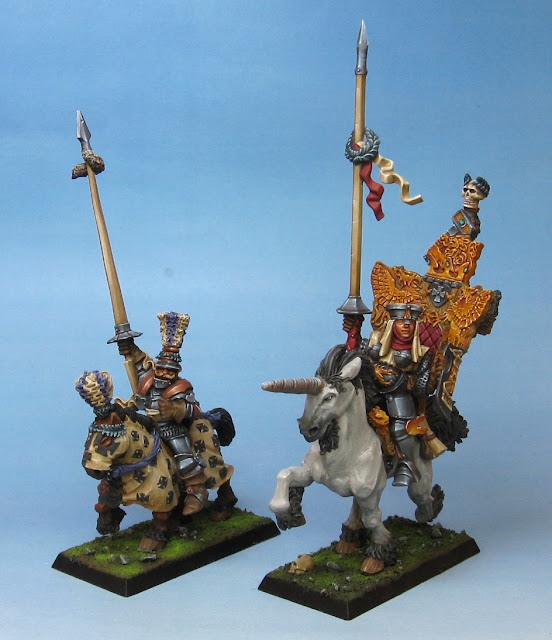 The general of my imperial army is finally done! Not exactly a Marauder Miniatures model, but she'll do the job :) 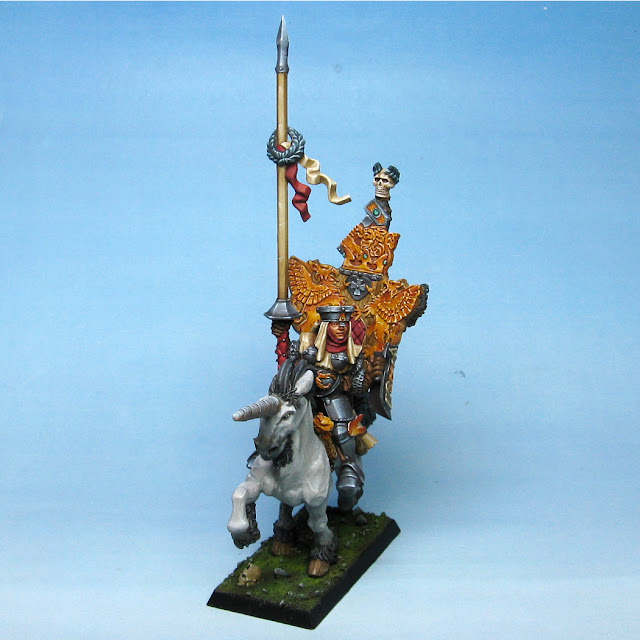 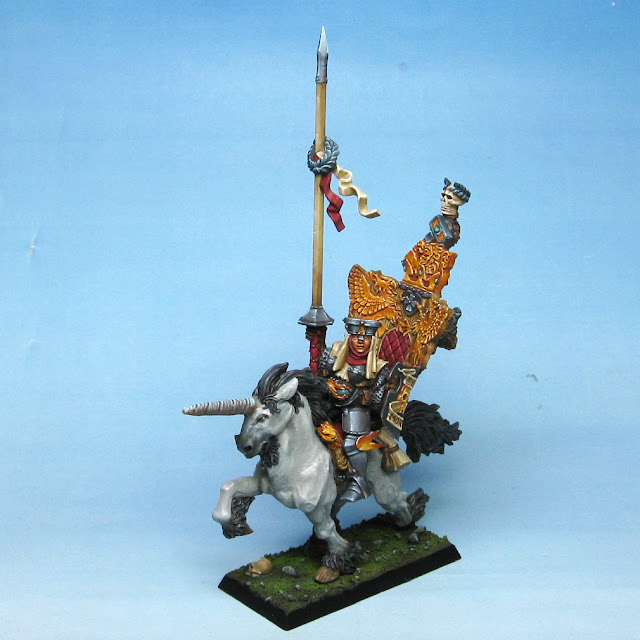 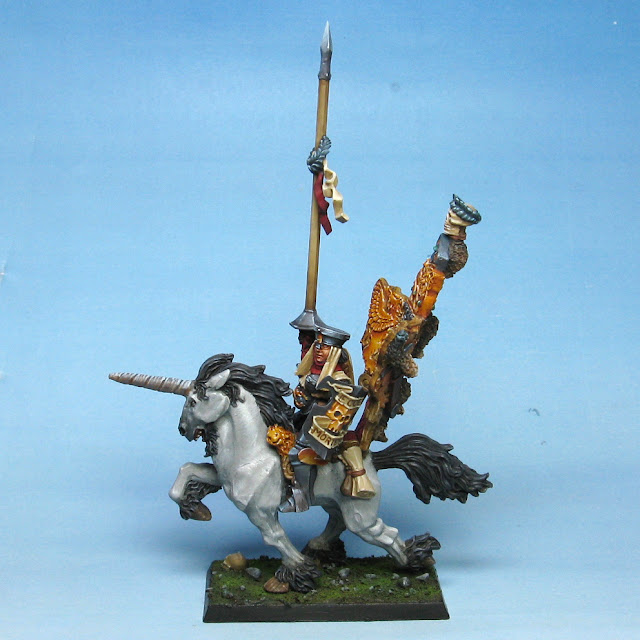 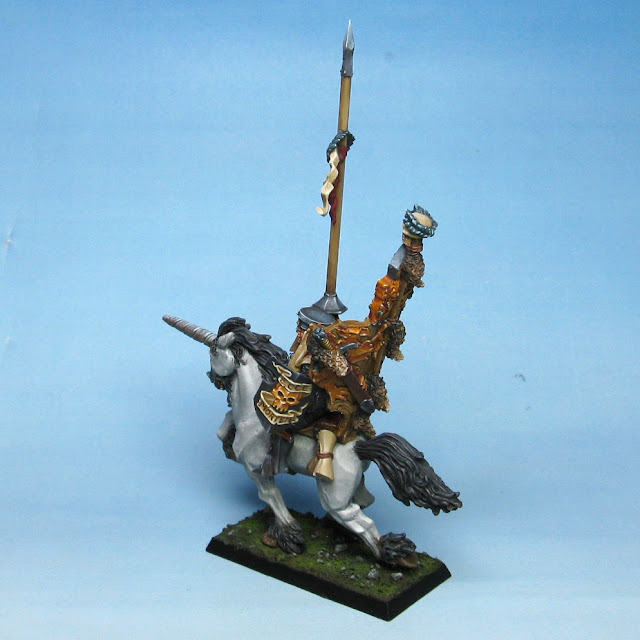 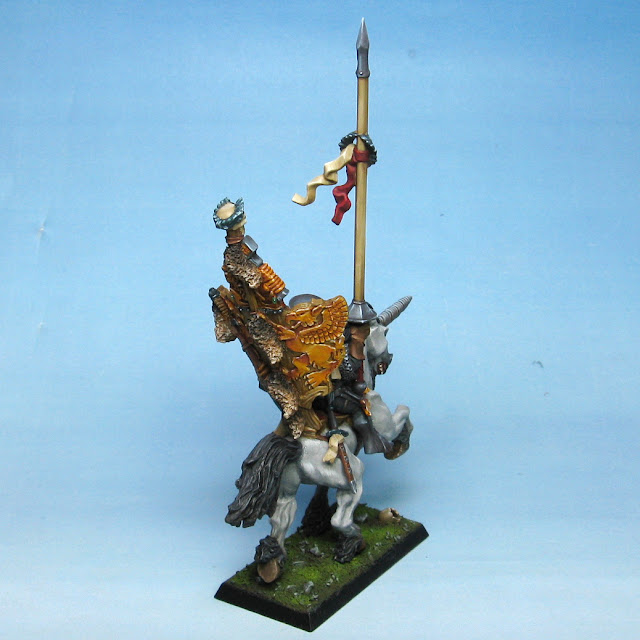 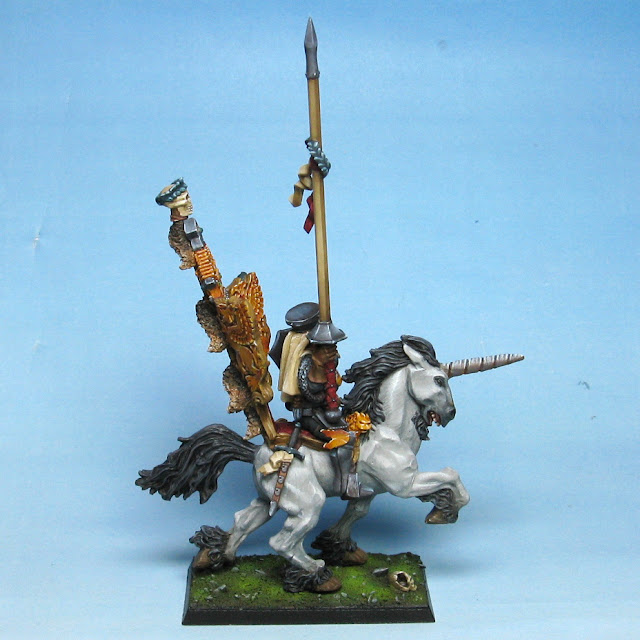 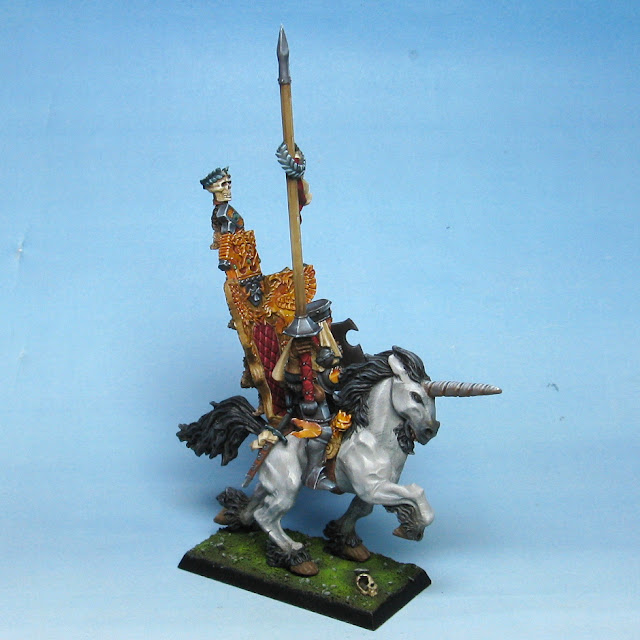 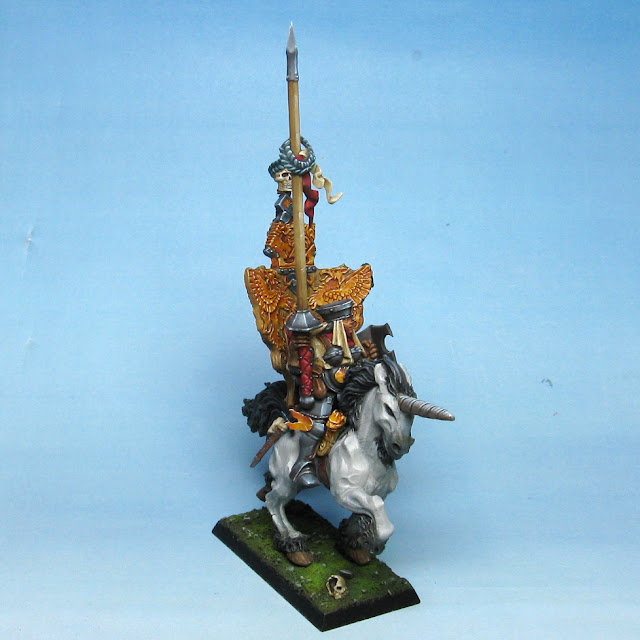 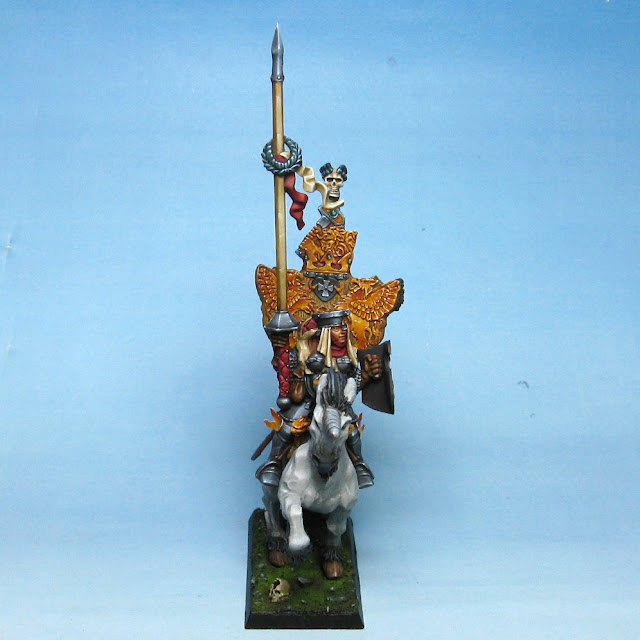 Almost done. Took some time to get a decent result, some details still not very convincing, but I'll probably stop here.