Compared to their imperial colleagues from ranges MM60 to MM62, MM65 models (flagellants and Reiskguards) are really big; that's why most of them won't stand on the usual piece of cork.

After reading Mad Alfred's unofficial sourcebook for WFRP on Pfeildorf, I've decided to base my Empire army in the former capital of Sudenland, and now Freistadt of Wissenland, partly because I had the feeling that I was not bound by the official (and rather dull) grey and white color scheme of the province, and partly because dwarfs have lived in Pfeildorf for generations, which gives me the opportunity to add some Marauder dwarfs to this army...


There isn't much information about the troops residing in Pfeildorf. We only know that the Guild of Lamplighters and Watchmen patrols in the different districts of the town. We also read that "the Guildhouse employs its own militia, who are armed with a spear and wearing a leather jerkin. The militiamen also wear a red and white armband on the left arm to distinguish them from the Watch." This simple detail gave me the overall color scheme of the army: red and white (not very original I'm afraid), but also an idea to use some of my MM62 citizen.

Now, for the Watch, I plan to use fighters from the MM60 and MM61 ranges with a more pronounced Renaissance style, painted in red, white and additional colors, and featuring the arms of the city, three arrows, as a remembrance of the day when a mysterious archer saved the besieged city of Adlerhorst by shooting down the three leaders of the orc invasion. Since then, the city has earned the nickname of "Pfeildorf" or "Arrow Town".

Needless to say that I also intend to use this part of Pfeildorf's history to gather a small band of archers, mere townsfolks equiped by the Guild of Bowyers and Fletchers to defend their city.

Below the first member of the Watch (reference MM60/F25): after a first attempt (failed), the arrows have been replaced by arrowheads, much simpler to paint! I'm still hesitating on adding something in the red area. Or changing the arms again. We'll see...


Referring to the gazetteer at the end of the sourcebook, we can see that Pfeildorf is a 6800-inhabitant town, with a garrison composed of 75a (elite) and 500b (average) troops. Obviously, the militiamen and the watchmen belongs to the latter. For the former, my guess is they come from the guard of Castle Alderhorst, located in the ancient district of Alderhost, and official residence of the Grand Baroness Toppenheimer. In her absence, Commander Baron Ulrich von Bernau is in charge of the castle guard, which is fortunate as I haven't found yet any decent MM62 miniature to represent a noble woman. As for the elite troops, my intent is obviously to use my MM65 and MM66 reiksguards.
As I'm not sure to be able to paint the coat of arms of the barony, I may borrow the coat of arms of the ancient Sölland, a golden sun, showing the nostalgia of the baroness's Court for an age when Pfeildorf was the capital of an Electoral province of the Empire, and not a free city ruled by merchants.

In the religion section, we can read that Pfeildorfers are a devout people, and that the Church of Sigmar has special prominence in the city. This will give me the perfect opportunity to paint a warband of MM65 flagellants. For them, it will be easy: just browns, greys and muted greens.

As mentioned in the beginning, dwarfs and humans live in good intelligence in Pfeildorf. But a small number of Halflings have also settled in the city and its surroundings, and (quote) "like the resident Dwarfs, many of Halflings have lived here for generations and have greater allegiance to the people in Pfeildorf than they do to their brethren living in the faraway Moot." Now I have a pretext to paint some MM64 references :)


Finally, even if Pfeildorf is a FreiStadt, it is located in the now reunified Wissenland, not far from the StaatStadt of Nuln. We can easily imagine that for the protection of the city, the merchants of Pfeildorf have been able to acquire one or two warmachines forged by the Imperial Ordnance based in Nuln. As I mentioned before, I'll probably use the MM13 Dwarf Siege Gun for that.

As you can see, I'm just starting. There is still time for suggestions ;)
Posted by Jaeckel at 3:12 PM 7 comments:

And now for something completely different

Errr... not so different actually, since I've just finished a Squat instead of my usual dwarfs. Except the base (Dust Game) and the flag (GW), this Warlord is a "home-made" miniature produced by Dark Sensei (if you want one, contact him at this address: le_dark_sensei at yahoo dot fr). Very nice sculpting job, full of details, worth the number of hours spent on it. 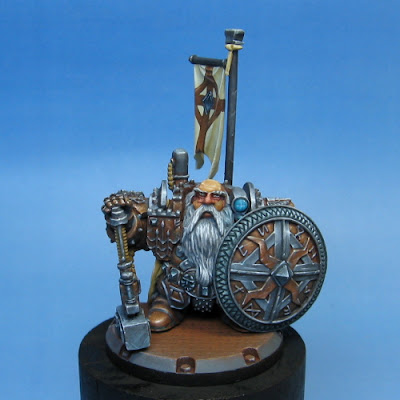 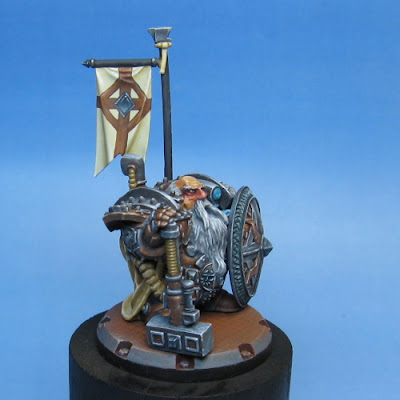 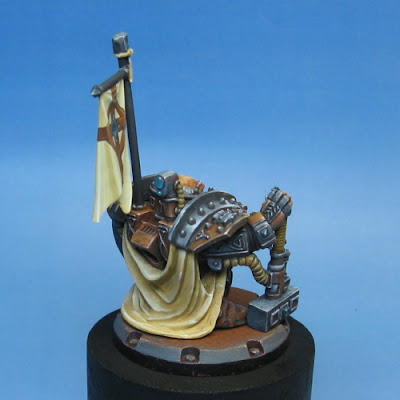 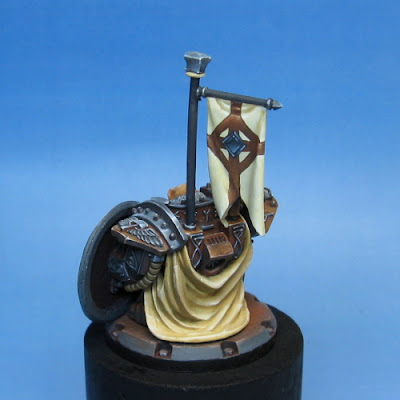 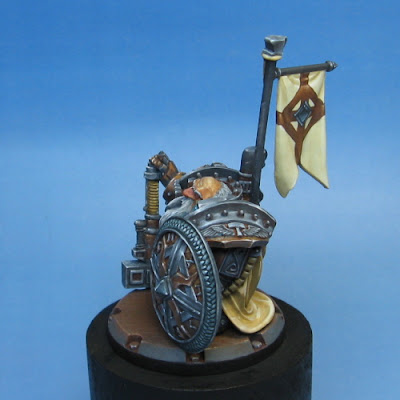 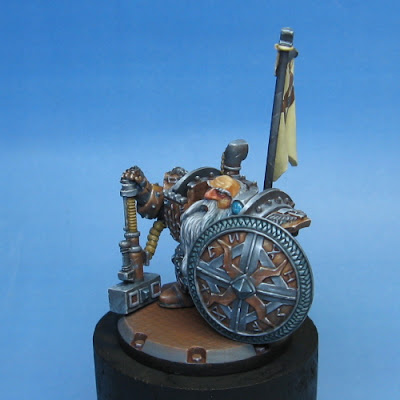 Next time, my first attempts to paint Empire models...
Posted by Jaeckel at 12:25 PM 6 comments: