I know, I know, I've already written a post about Wayne England's dwarf army, but this month was particularly poor in terms of dwarf painting... moreover I've finally suceeded in making decent scans of my White Dwarfs. So, now, you can read these precious pages... and cry with me because you'll never see the "two more large units planned" and the "exciting conversion for the army general".


I've also found some additional pictures of this army. Here against an Empire force (WD144): 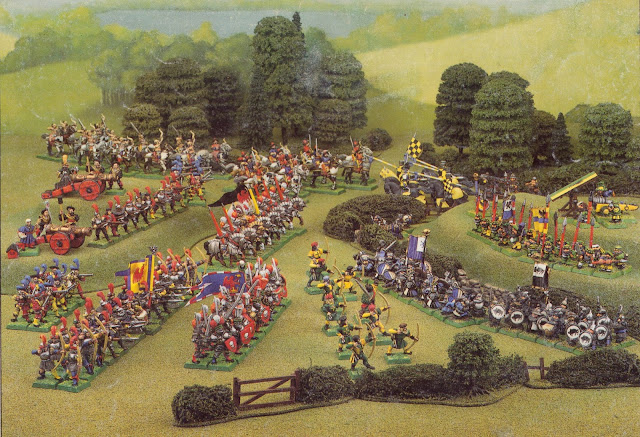 And in WD148, an alliance with Mike McVey's Wood Elves (heresy!). You'll notice on the right that Mr England had painted an additional cannon... which made his total force 1855 points worth: 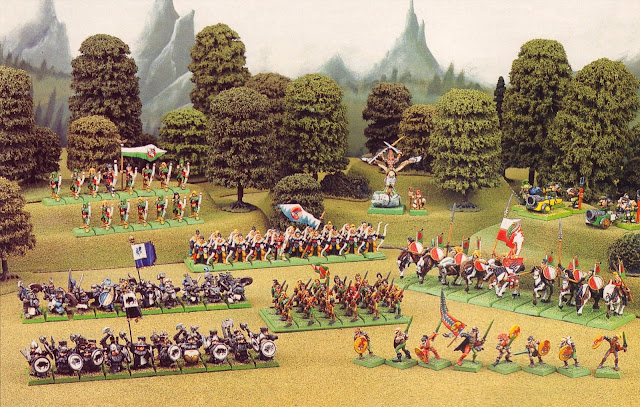 Here is a closer shot of this ultimate addition: 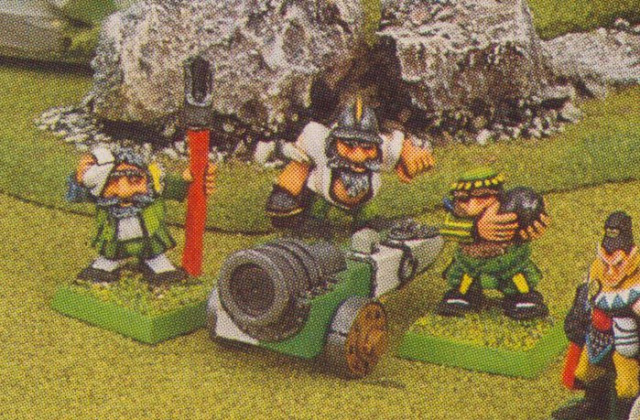 Next month, I'll show you some new warriors from the Marauder Miniatures range.
Posted by Jaeckel at 11:24 AM 3 comments:

The Bad and the Ugly

For the ugly guy of my trio, the choice was obvious: I had a mutant dwarf that has been waiting for brushes for about 20 years (and for a very simple reason: I'm not fond of this model).
As for the bad guy, I've selected a heavily armoured Chaos dwarf and played with copper and steel NMMs. As my friend Haekel pointed out, I should have made shadows deeper, and I should have added some gray-green reflections from the ground on the lower parts of the armour... too late for this model, but I'll try to take his remarks into account for my next dwarfs...

This dwarf adventurer is the first part of the trio I've painted for the Brush Slave League. It was a theme round about cinema. Not so easy when you still want to paint some dwarfs for your army!

At first, I wanted to make a remake of Fahrenheit 451, a novel by Ray Bradbury, but also a movie by François Truffaut: the firemen would have been replaced by my fire thrower team, and the burnt books would have been 'played' by the walking book familiar.

Since I wasn't very happy with the dwarfs, I changed my project for the final confrontation of a famous western: The Good, the Bad and the Ugly. Here is the Good:

I couldn't make up my mind about my next move... So, in parallel with the end of my axemen unit, I've started my second regiment of quarellers. For the moment, it only counts two models, one Citadel and one Marauder. Since it's a two year old painting job I've recently refreshed by improving (at least trying to) the contrasts on the metallic parts, I think they will stay in the second rank...
Posted by Jaeckel at 11:59 AM 1 comment: