And here is the bearer of the 'legendary' shield, an old Norsca dwarf. As you can see, I've tried to paint a new metal to change from the usual blue-grays... What do you think?

Clash of the shields

Now that my unit of warriors wielding two-handed axes is almost (OK half) completed, I have to think about my next problem: how to paint these damn' shields and standards... Fortunately, looking for inspiration gives me a perfect alibi to see fantasy movies, sometimes good, sometimes reaaaally bad. The last one was "Wrath of The Titans" (the sequel of "Clash of The Titans"), and believe it or not, I've found something!

OK, for those who haven't seen it, a brief summary: at the beginning, Perseus doesn't want to get involved in divine conflicts. It lasts about 15 minutes, then he gets very angry, kills a monster, rides Pegasus, defeats other monsters, then Ares, then a lava giant (Kronos), and (spoiler alert!) finally kisses the queen. End of story. So... shields...


Cardboard shields. No thanks.


My favorite sequence: the great greek army. "Beware Kronos, for we are Legion" ^_^ 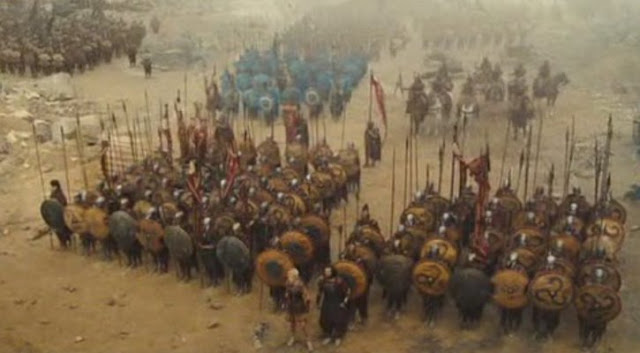 A closer view of the shields (they're supposed to protect from lava bursts.. you know, kind of magic shields): 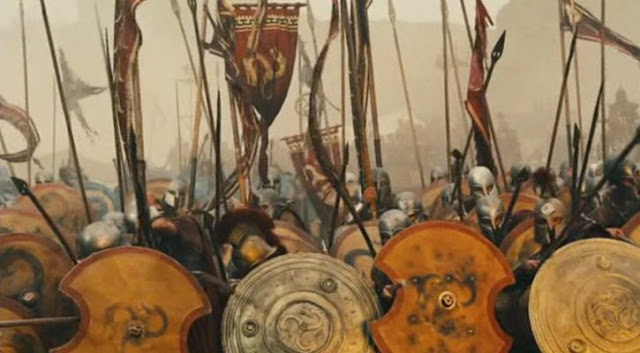 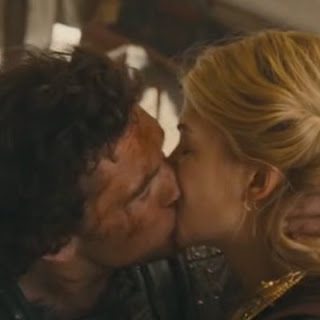 So, where was my find? Actually, right at the beginning: I should have stopped after 20 seconds, after seeing the logo of the producers, Legendary Pictures...

56 points for a couple of dwarfs. At the beginning, painting this team seemed a good idea to achieve more quickly my 2013 objective of a 1000 points dwarf army... How wrong I was!

I had to paint the loader twice because I couldn't get a satisfying color for his coat: first white, then black, then a kind of orange (ugh) and finally red and white. And once the models were fixed on their base, I realized that the highlights on the helmets were not oriented exactly in the same direction... so I had to unglue them to rework the NMM parts on the gunner.

So, after too many hours for only two miniatures, here is the final result... I have brushed the base, the gunner and the cannon with black pigments to represent soot and I don't know if I'll get a better result with my second team (if I ever try to paint these models again!). 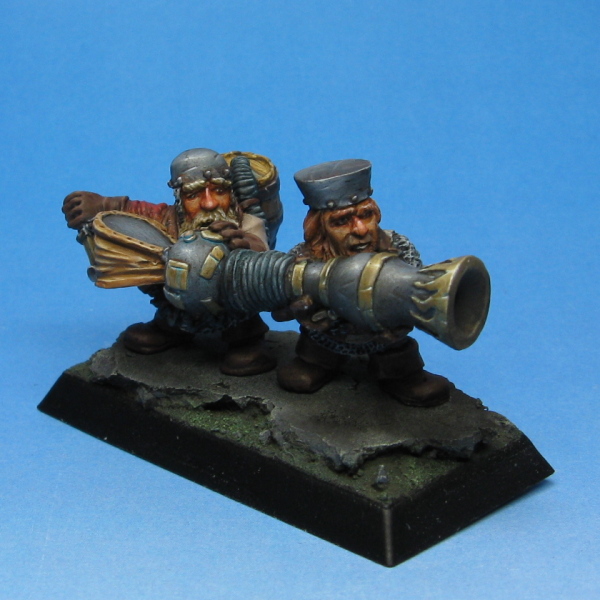 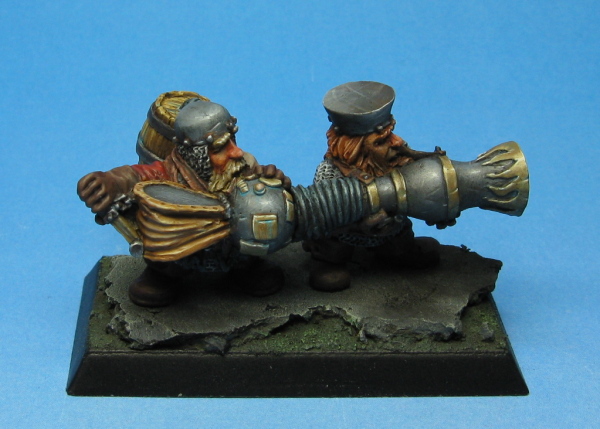 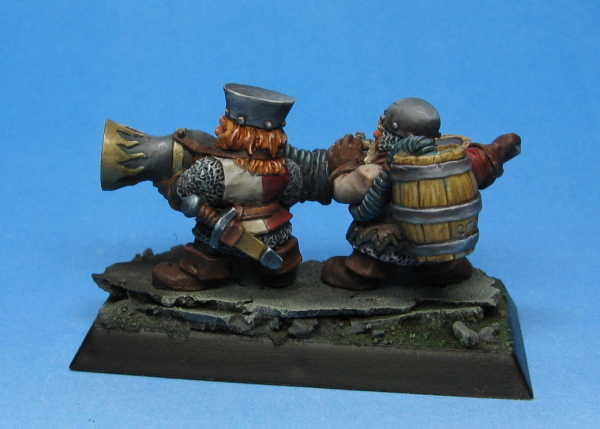 Here is my "ménage à trois", three dwarfs with similar poses I've painted for the third round of the Brush Slave League; the first two warriors are Citadel models (look, a lady dwarf!), and the last one is from the Maurauder Minatures range. I'm not totally happy with the result (should have spent more time on the blades for instance) but I hope it will do the job in a regiment... especially if I don't put them in the front rank!

Below, the fourth and third ranks of my fierce axemen... 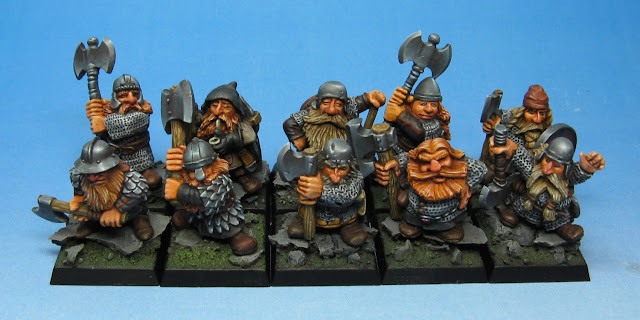 I haven't decided yet if I finish the second half of this regiment, or if I start a new one (I still have to paint 10 additional crossbowmen to complete the mandatory shooting troops).
Posted by Jaeckel at 10:47 PM 4 comments: