All right, first month of the OWAC III, I knew that I could use the end of the winter break to paint my most populated unit:15 fools who gave up everything to follow Pieter the Pious.

As mentioned in the introduction post, my plan for this challenge is to use a wide range of Citadel models that couldn't join Pfeildorf's troops. No feather or fancy clothes here, more the medieval kind, most of the time without any piece of armour and, when necessary, equiped with wooden shields (bought years ago to Hasslefree Miniatures and unfortunately, out of production now - yep, even the accessories are OOP here!).

In terms of colors, I've made tests on a first model, slightly modified by adding a candle on the helmet, something I had seen earlier on this Warhammer Fantasy Roleplay illustration:


This very ordinary "Imperial Foot Soldier" (his official name) was painted using a limited palette composed of VMC Dark Sea Blue (highlighted by VGC Bonewhite), and a few brown, grey and beige tones. I've also tried to spare some time with very simple bases: a single layer of Agrellan Earth, highlighted with VMC Tan Yellow and then Pale Sand. As I was reasonably satisfied with this first trial, I've used again and again the same tones on too many models, giving something too regular for a bunch of zealots lost in Araby.


I've tried then to change the overall look by removing the Dark Sea Blue from my palette. And whenever possible, I've added some candles to illustrate their religious inclinations. Below a few pictures of my attempts:

And finally, the command group: 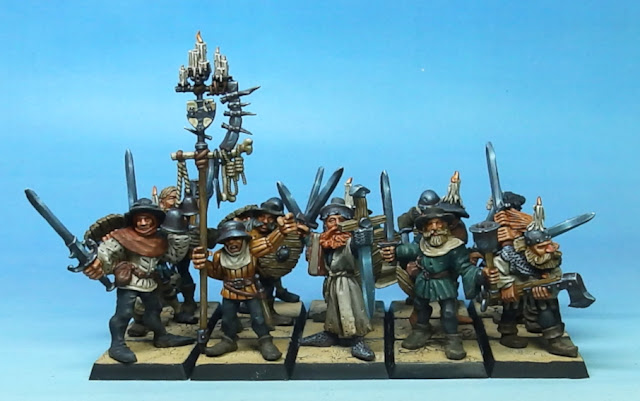 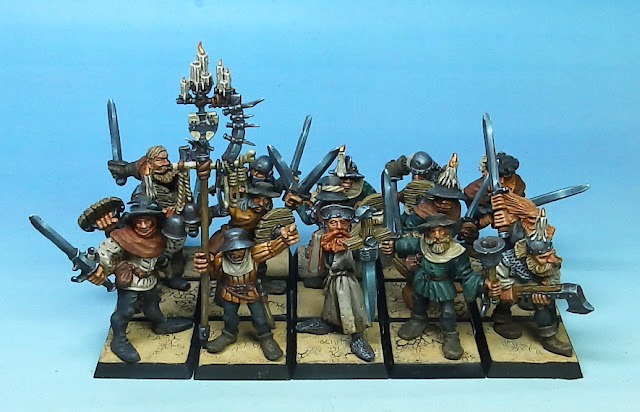 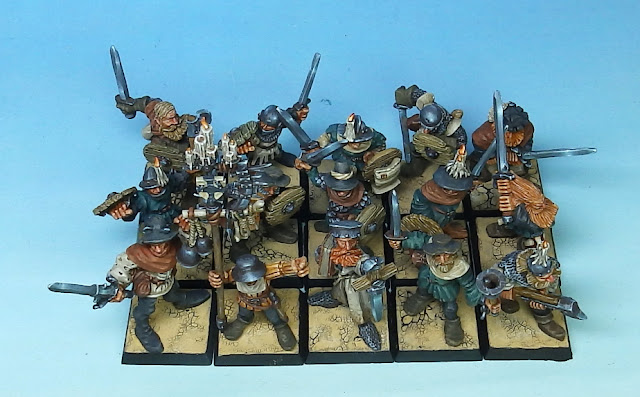 See you next month with the noblemen!
Posted by Jaeckel at 2:26 PM