At last! The tenth forester is finally done: this is an unreleased Marauder Miniatures warrior I bought last year, and to be honest, I've had some difficulties to find a proper color scheme. In addition, as I didn't want to cut the slotta bar off, I couldn't make the model stand on a rock, which makes him slightly smaller than the other miniatures he's supposed to lead... Anyway.


And here is the completed regiment: 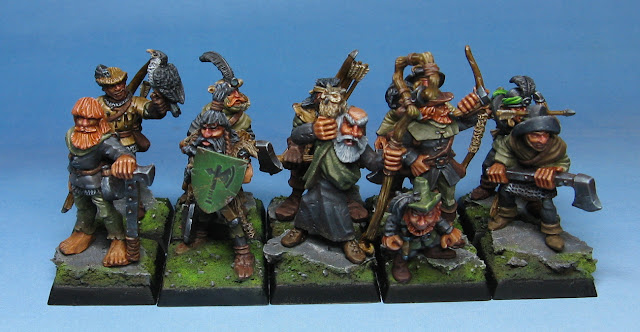 Considering the hornblower as a musician and the druid/magic user as a staff bearer, this unit is 156 points worth, which means that my imperial force finally reaches the 1000-point threshold. Yippee! 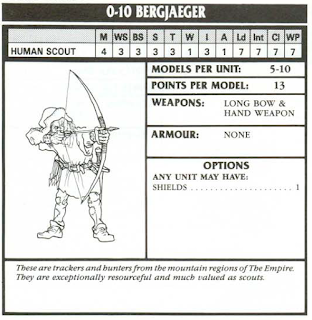 It is time to unlock a first stretch goal... an element of the baggage train :)
Posted by Jaeckel at 2:56 PM