Once again, painting the fourth and last mandatory unit of the challenge has proven to be a difficult task. Blame the blue, a color I struggle with, and a "déjà-vu" feeling, as I had already painted most of these models at least once. Anyway...

Lucerne was one of the Swiss Cantons I had not addressed yet. The omission is now rectified with this second regiment of thunderers, wearing the blue-and-white colors of their clan.

Nothing particular to mention on the thunderers, all from the Marauder Miniatures range. I'm not particularly happy with the standard-bearer, but my painting mojo was too low to adorn the banner with runes or dwarf patterns of some sort. Anyway... the fourth regiment is done! 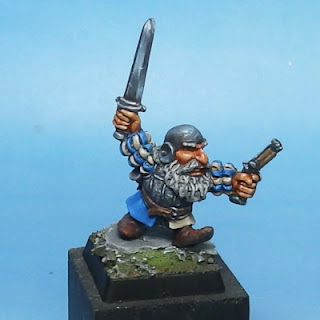 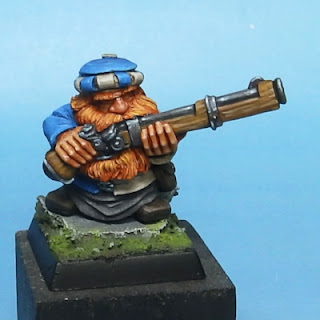 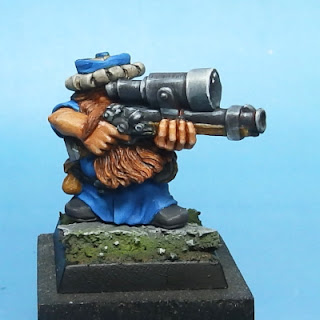 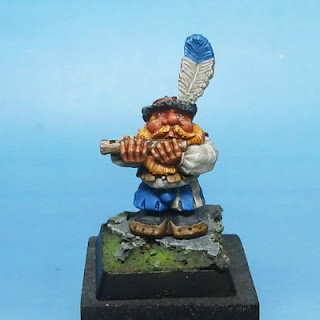 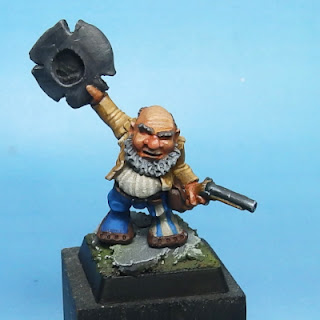 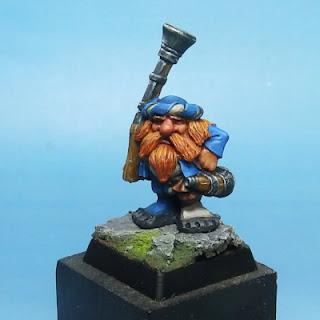 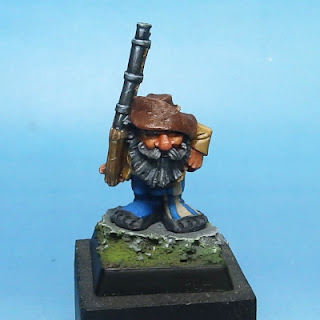 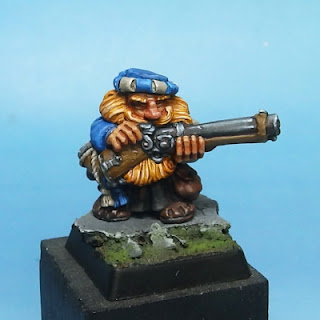 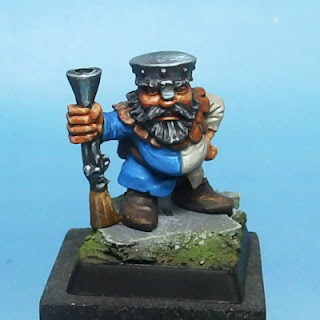 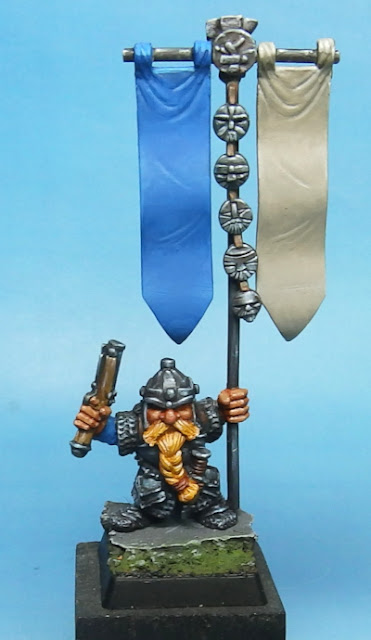 And the resulting band: 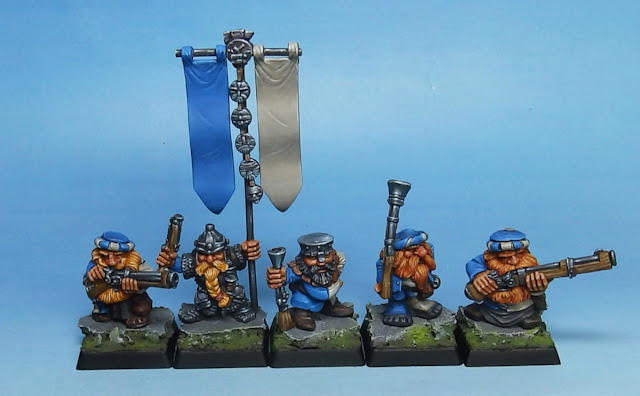 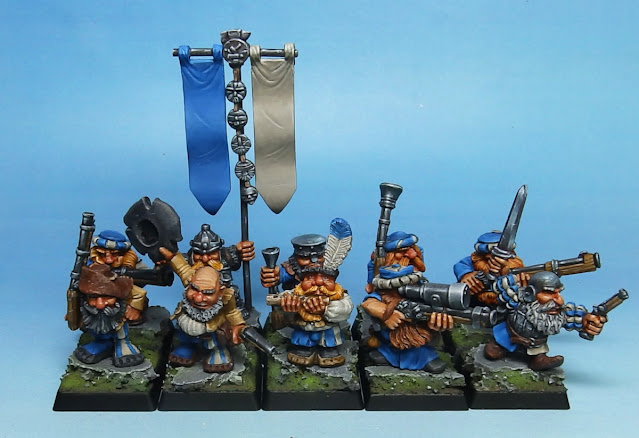 See you next month with the leader and a few bonuses.

In 1577, under an overturned oak tree in the canton of Lucerne, gigantic bones were discovered, which City of Basel physician Felix Platter later declared as those of a giant, the Helvetus Gigas. In reality, they were mammoth fossil bones. Of course, in the Old World, the Gigas is an actual inhabitant of the Grey Mountains... It should be part of June's entry :)