Now that I'm following with interest the Oldhammer community, I have to confess that in the early nineties, I did everything NOT to play Warhammer. I've bought and shortly tested Nick Lund's game 'Fantasy Warriors' then Gary Chalk and Ian Bailey's 'Fanstasy Warlord', with mitigated success in both cases, since I've only played two battles.

If the models produced by Grenadier for 'Fantasy Warriors' were quite good (understandable with sculptors such as Nick Lund, Mark Copplestone or Bob Naismith), I've waited for a long time to see decent dwarves for 'Fantasy Warlord'. Unfortunately, if the illustrator was one of the best you can expect (Gary Chalk for God's sake!), the few miniatures produced for the game were quite disappointing.

See for instance this dwarf wizard: unsurprisingly, I didn't buy it :(


The other illustrations still expect a 3D-translation, since the 'Fantasy Warlord' adventure ended in 1992. Too bad considering the potential of Gary Chalk's work: 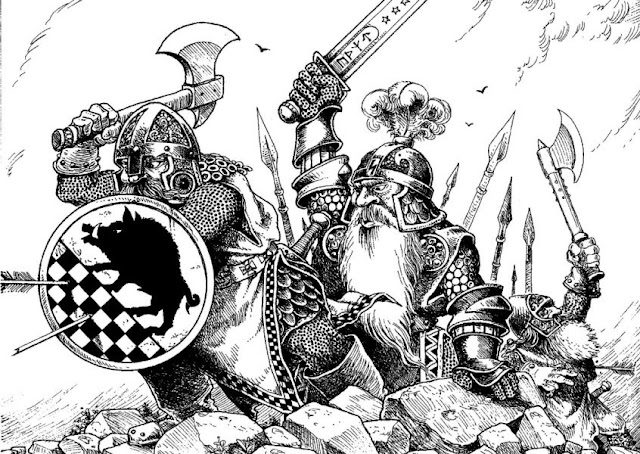 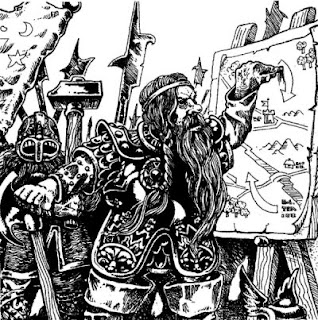 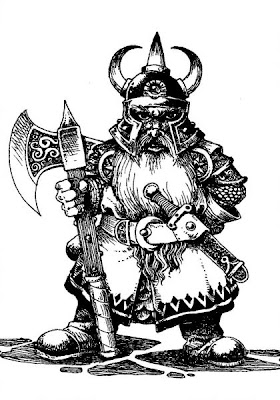 The funny thing is that I've recently realised that most of the dwarf miniatures shown in the rulebook were in fact Citadel models! Below some nice pictures of a dwarf army: 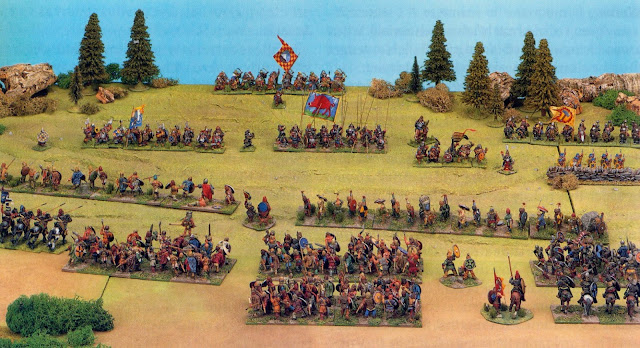 OK, these dwarfs are correct, but the humans shown in the rulebook are really great; again, I think most of (all?) the models are from the Citadel range. 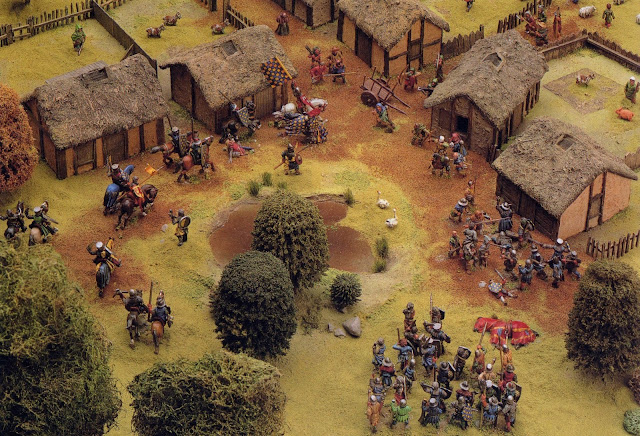 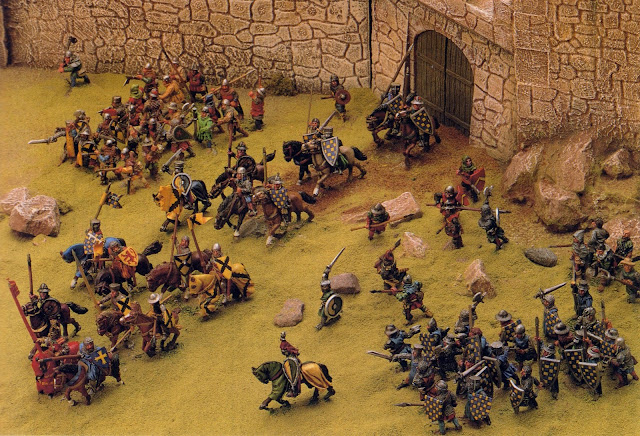 Great inspiration for a bretonnian army, isn't it?
Posted by Jaeckel at 11:54 AM 4 comments:

I bought and painted this dwarf 20 years ago (because he was part of Wayne England's army) and it's still a great model. I particularly like the hammer: with all these little pikes, must be really painful  :o)

Anyway, here is the result of my second painting job on this guy...

Definitely not my favorite model, but since this dwarf served as a  model for David Gallagher to represent hammerers in the Warhammer 3rd edition army book, I had to include it in my regiment!


As you can see, nothing new with the color scheme: the tabards will stay white with a black stripe in the middle when it is not hidden by the beard.

The only thing I've changed is the receipe for the grey beard:
Yeah, I know, totally useless if you haven't made any stock of old Citadel references :op

With this dwarf adventurer, I start a new unit of... hammerers! (and yes, the crossbowmen will wait).


Although I love the Marauder Miniatures hammerers, I've decided not to use them here, because their look doesn't fit with the rest of the army. So, my elite warriors will mainly include Citadel Imperial and Norse Dwarfs with a few Marauders: basically any warrior holding a two-handed hammer will do the job... which makes me think that I miss some Marauder Miniatures I've already used in this unit: 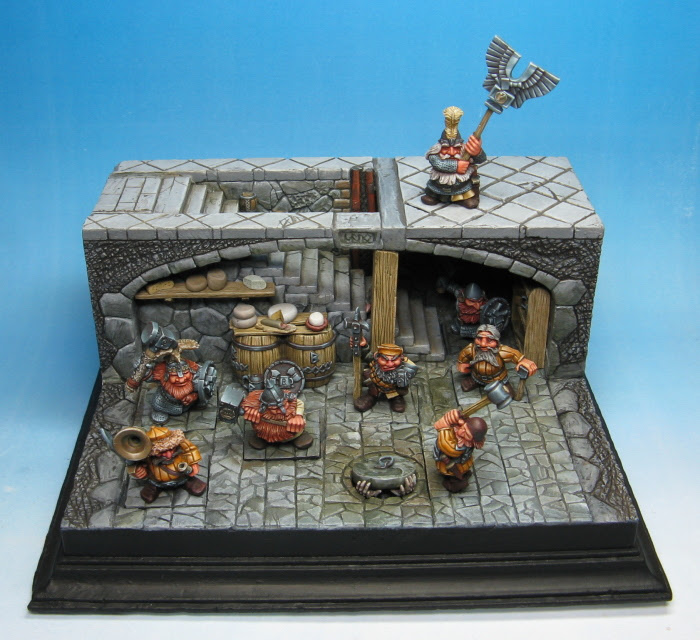 So, if you have any spare of these guys, let me know!