As promised last month, enter the thunderers for the third month of the OWAC V.

The dwarfs of the Red Claw clan are not fond of the fancy clothes worn in the Empire, and rather stick to leather gambesons and chainmails, the top of the fantasy being a coloured feather. Their attachment to the traditions and their native hold is symbolized by the mascot they bring to every battlefield: a fierce mountain bear, which also appears on the coats of arms of the clan. 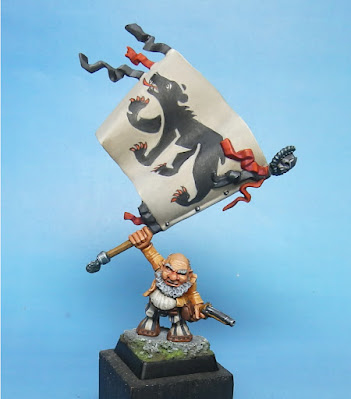 The musician is the other model slightly converted for this unit, by replacing the original sword by a handgun. The other dwarfs are MM10, MM15 or MM16 Marauder Miniatures, plus Cyril the bear from the old Citadel Dwarf King's Court set. 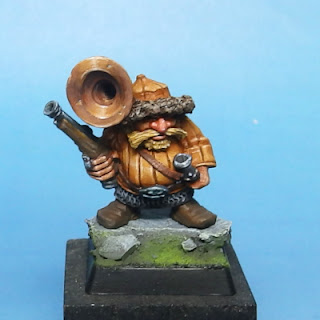 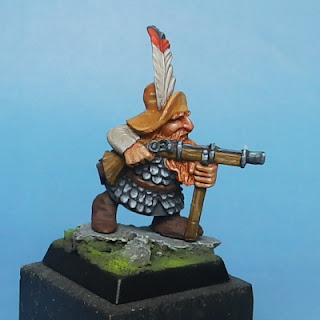 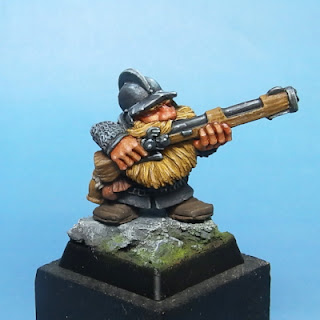 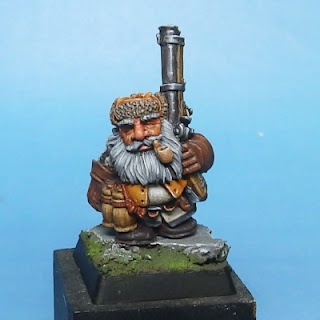 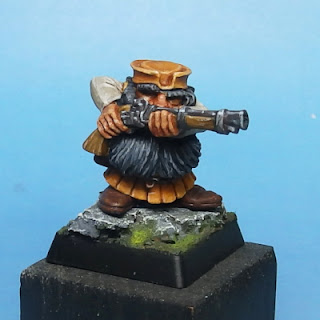 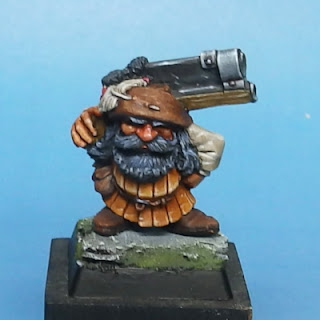 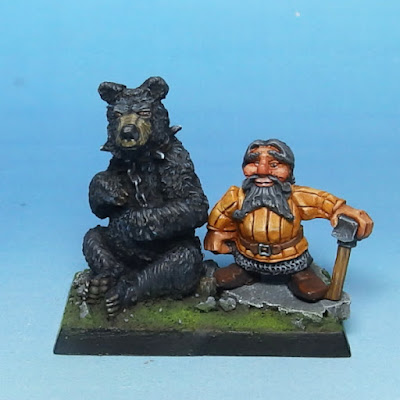 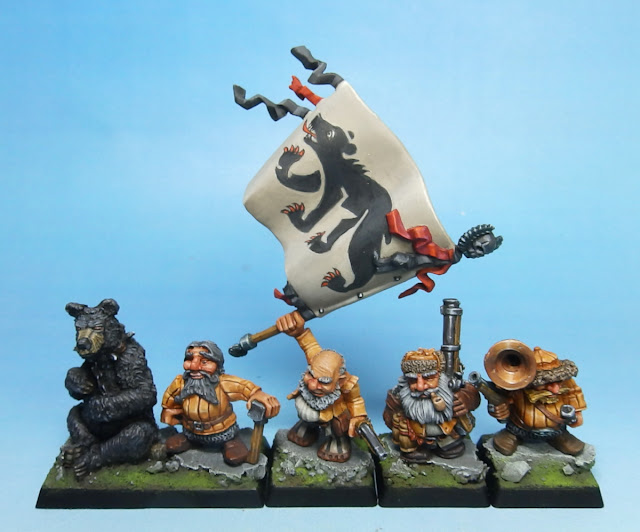 And the full clan: 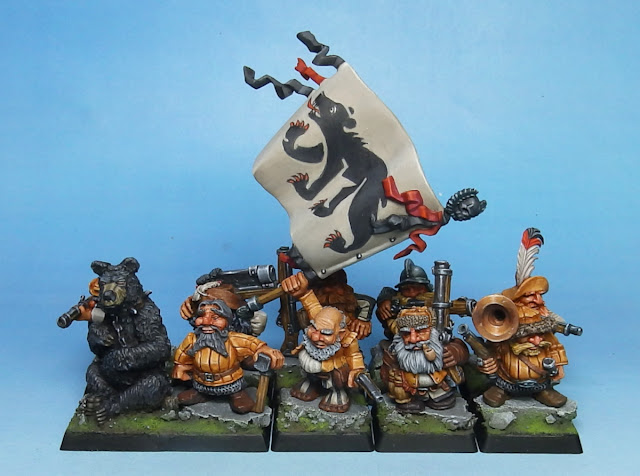 See you next month with a new clan!