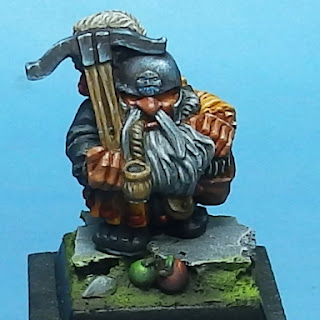 Back to my Swiss mercenar... sorry Grey Mountaineers, with a second regiment of quarellers, led by Wilhelm Tellson, renown for the deadly accuracy of his pistol crossbow... or the unbelievable luck of his page, Walter Swiftfoot. 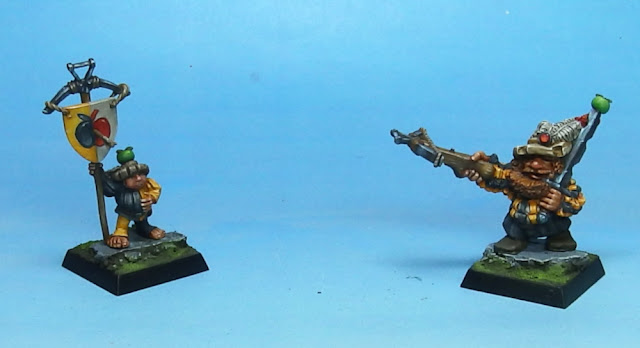 Of course, any ressemblance to legendary swiss characters is purely accidental...

All the marksmen are clothed in the BlackHorns colours of black and yellow. A short summary of the colours I've used:
In terms of miniatures, Wilhelm Tellson is a conversion of a MM11 champion, where the original handgun has been replaced by a pistol crossbow. 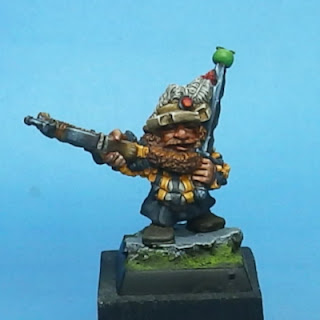 The Swiftfoot brothers are MM64 halflings, transformed into musician and standard bearer.
The other quarellers are basic MM15 models.

The resulting rear and front ranks:

The whole band of apple shooters:

With this regiment, my collection of painted Marauder crossbowmen can be considered (almost) achieved! 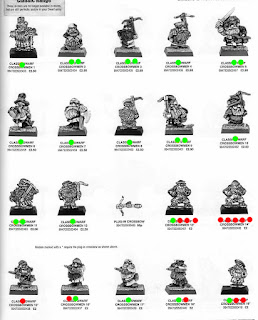 Next month, I should complete the 40 mandatory warriors with 10 additional pikemen.
Posted by Jaeckel at 8:52 AM