For this not very productive month, I have modified my initial plans: instead of using my Citadel merchant model as the representative of its current employer, the Guild of Goldsmiths and Jewellers of Altdorf, I've decided to make him a full member of the mercenary army as the Paymaster.

For those who remember the 5th edition Dogs of War army book, the Paymaster was one of the two mandatory characters, with the Mercenary General. His role is to keep the army's pay chest: this heavy, ironclad chest is generally brought on battle on a cart, pulled by a sturdy mule or donkey, and provided with an impressive standard that also serves as the army standard.

At this stage, the obvious choice for such a piece would be to use Mydas the Mean and Sheikh Yadosh's cart (forgetting the idea of the standard). Unfortunately, this model is quite rare and rather expensive. Fortunately, the old Citadel catalogues provide all the dimensions to build a new one: 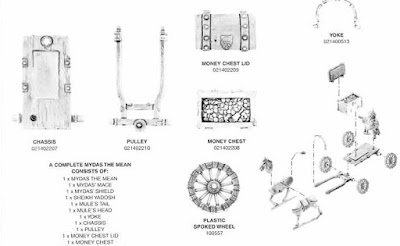 I've used the Fenryll resin Medieval Wagon as a starting point, sawn it to the dimensions of the chassis of Mydas's cart roughly drawn on the square paper, and replaced the original wheels by Citadel ones. 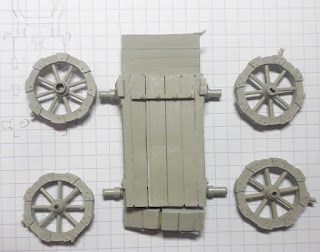 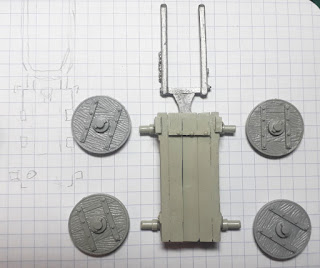 The shafts and the mule come from an old Citadel cart (I can't find the reference), and the chest, from the Powder Cart released by Wargames Foundry, strengthened by Evergreen polystyrene angle, and filled with coins obtained by cutting in thin slices a polystyrene rod. On this picture, I was still looking for a solution to fill the chest: 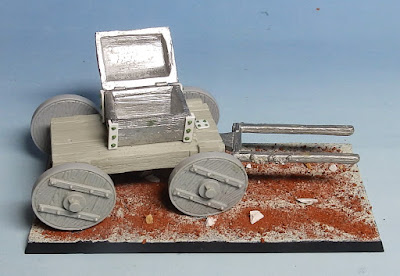 The wheels and the chassis were painted separetely, then glued together before fixing the wagon to the base. Same for the chest, the donkey and the paymaster. 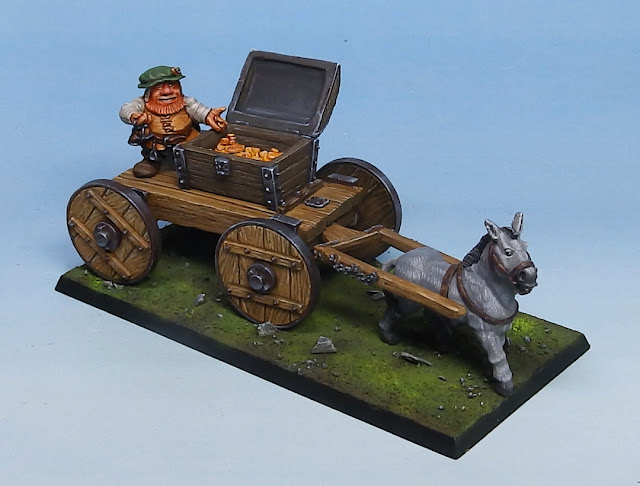 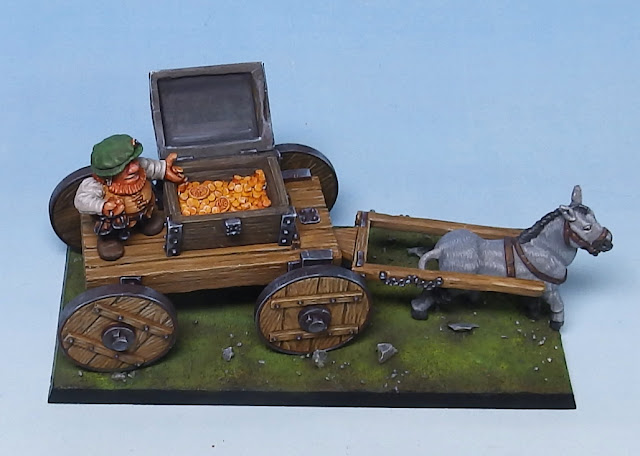 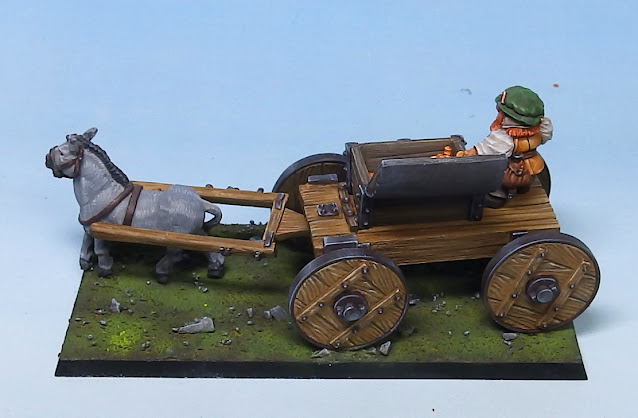 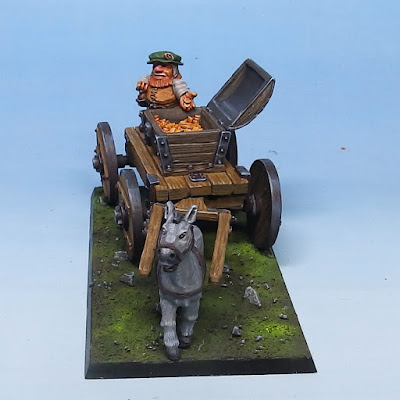 My plan was to protect the Paymaster with a wall of hardened bodyguards, but I wasn't able to paint ten of them in addition to the cart. Next month hopefully!
Posted by Jaeckel at 11:28 PM