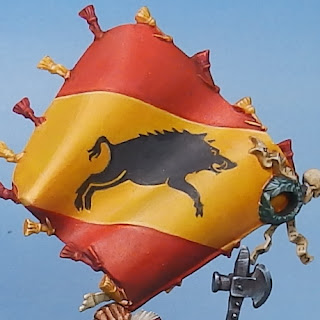 First month and first regiment for the OWAC IV: the halberdiers. Inspired by Nico's regiment, I have converted a few models, as the halberdiers are rather rare in the Marauder Miniatures range: two MM10 and two MM 15 references, and that's it! You may recognize the loader of the splendid siege gun MM13, the seargent of the mythic MB1 regiment and one MM10 clansman usually equipped with a two-handed hammer.

Regarding the colour scheme, I had in mind a vague parallel between these dwarf mercenaries coming from the Grey Mountains, and the formidable Swiss, fighting to protect their Old Confederacy, or going down the Alps to sell their services to foreign armies.

As the white cross was the major field recognition sign of the Swiss, I have tried to find a rune that would do a similar job for my mercenaries. Keeping in mind that it had to be simple, as it was made of white cloth sewn onto the hose or the doublet, or directly painted on the breast or back plates of armours, I haven't found anything satisfying. So far, I have used the white cross on only one model: I may rework this once the pikemen regiment is complete, as I should have more space on the clothes to figure out a recognition sign. Below, a few examples of the white cross, either sewn on the clothes or painted on the armours.

For the colours of the different regiments, my plan is to use some typical Swiss flags, slightly transformed to avoid any copyright issues :op

The halberdiers come from the Frostpeak Hold: their coat of arms consists of a black boar charging upwards on a yellow diagonal with a red background (yup, replace the boar by a bear, and you have the banner of the Canton of Bern). The main colours for this regiment are therefore red and black, with touches of (brownish) yellow and (dirty) white. Regarding the hats, after a test with a vivid blue, I've finally opted for peacock feathers, with more subdued tones of green, brown and blue.

OK, enough writing, time for pictures, by order of painting. 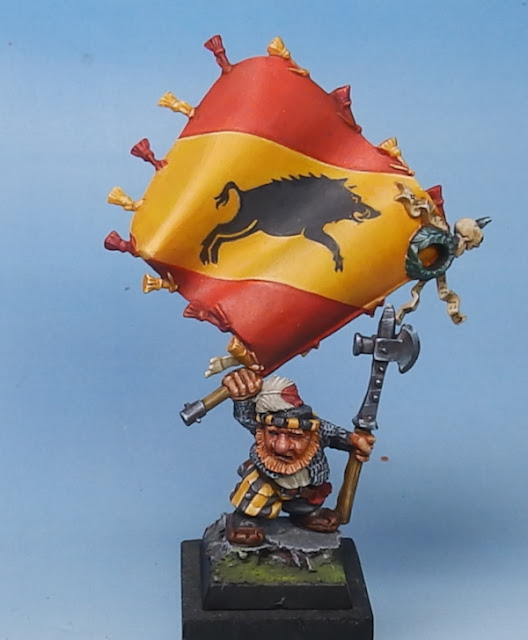 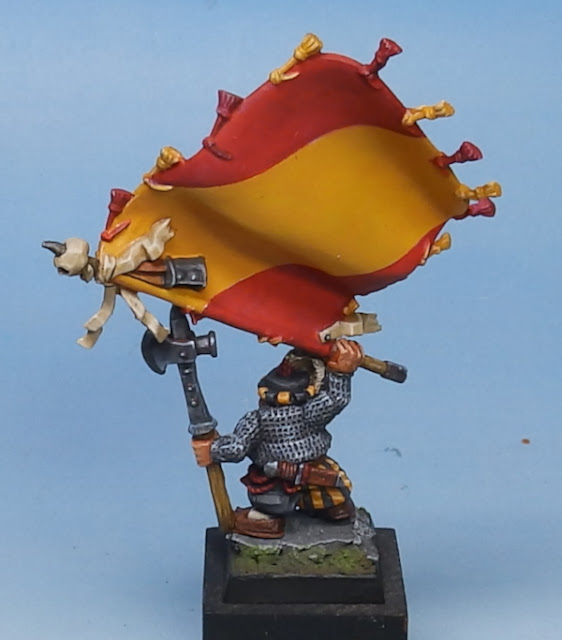 The white cross mentioned in the introduction. I love his beaver teeth :)


And the complete regiment: 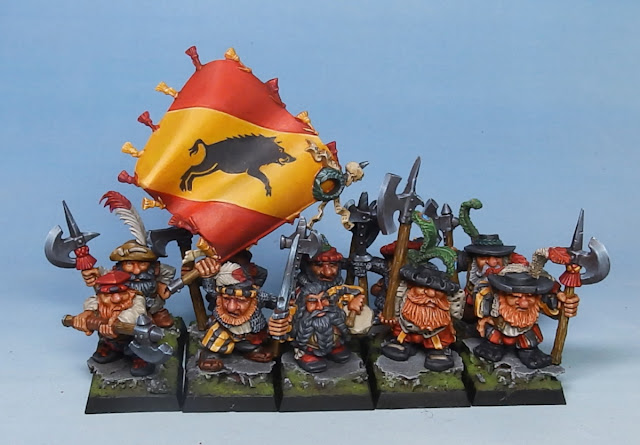 See you next month with pikemen (hopefully).